Price: €3.57 3.57 EUR
The dice-bomb is an impressive illusion that combines a bit of physics and a certain amount of coordination. With one quick and deft movement, you could blow up a seemingly ordinary dice into dozens of pieces. A magic trick that will leave many people confused mainly because of the ease with which the trick is performed. The magic relies on two masterfully placed small magnets that attract at the right time. If you want to present the trick to someone else, you need to make a short preparation beforehand. For the illusion to work, you need to put all the small colored dice in the dice box. Holding the dice-box with one hand and the hexagonal box with the other, slide the already filled dice with the hole to the bottom, using the walls of the hexagonal box for support. You can now show the magic trick to your friend or colleague. You could tell how you recently realized that you have special abilities, for example - just yesterday you gathered so much energy that you managed to make a dice explode into dozens of pieces. Grasp the box with one hand, with thumb and forefinger, respectively, the bottom and top. When you decide, just abruptly pull the box down while still holding it in your hand between your two fingers. This will cause the hollow dice to bounce and be magnetically attracted to the opaque cap of the hexagonal box, and all small dice will scatter. Extremely spectacular and impressive trick suitable for young and old. 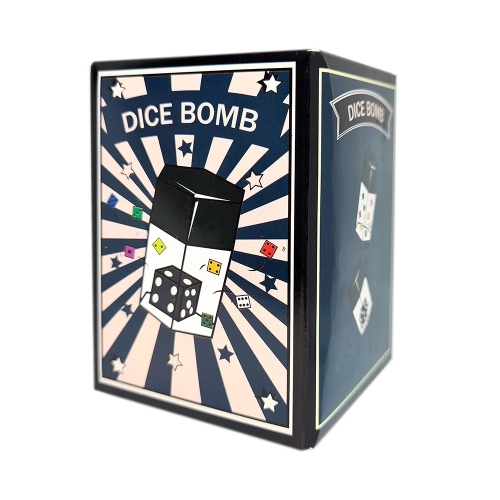 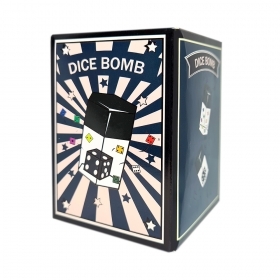 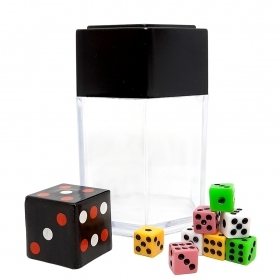 A hexagonal transparent box and a hexagonal opaque cap with a magnet, special dice-box with 5 sides and magnet against the missing side, 8 small multi-coloured dice (7 x 9 x 6 cm); Materials: plastic, magnets; Instructions are included in the set; Packed in a stylish vintage box.