Price: €65.96 65.96 EUR
The musical praxinoscope is a modern take on French inventor Emile Raynaud's 19th-century animation gadget. The circus scenes on the musical praxinoscope are typical of this form of art from the late nineteenth and early twentieth century. The device has 15 paper strips that have illustrations on both sides which means a total of 30 animation options. The drawings are an identical reproduction of Raynaud's first graphics, developed for his invention back in the day. This amazing toy also comes with four animations from Edward Maybridge's phenakistoscope, as well as full operating instructions. Richard Rodgers' "The Carousel Waltz" is the music that accompanies the astonishing effect of this old-school animation device. This is a well-known track from the old Hollywood movie “Carousel”, released in 1956. 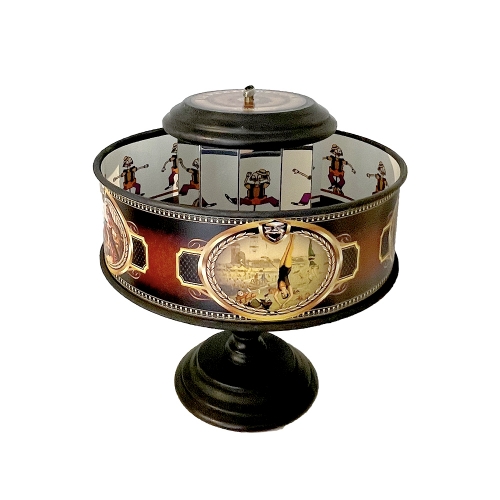 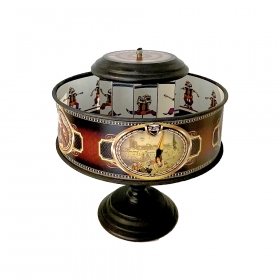 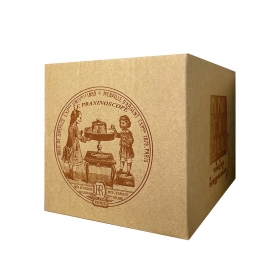